Politics of a donor city in post-Idai Beira: What’s to come?

On March 17 2019, cyclone Idai made landfall wreaking havoc in central Mozambique and the regional capital of Beira. According to preliminary accounts of the Red Cross 90% of the city had been destroyed. This observation which was soon followed by the former first lady of Mozambique, Graça Machel, who declared Beira to be the first city completely devastated by climate change. Although these statements turned out to be somewhat exaggerated, with the greatest destruction being outside the city, Beira was catapulted into headlines of the international media. In the period that followed numerous humanitarian agencies, international donors and multilateral institutions vowed to support the city’s reconstruction efforts. At the end of May a donor conference will be held in Beira to coordinate the reconstruction efforts. 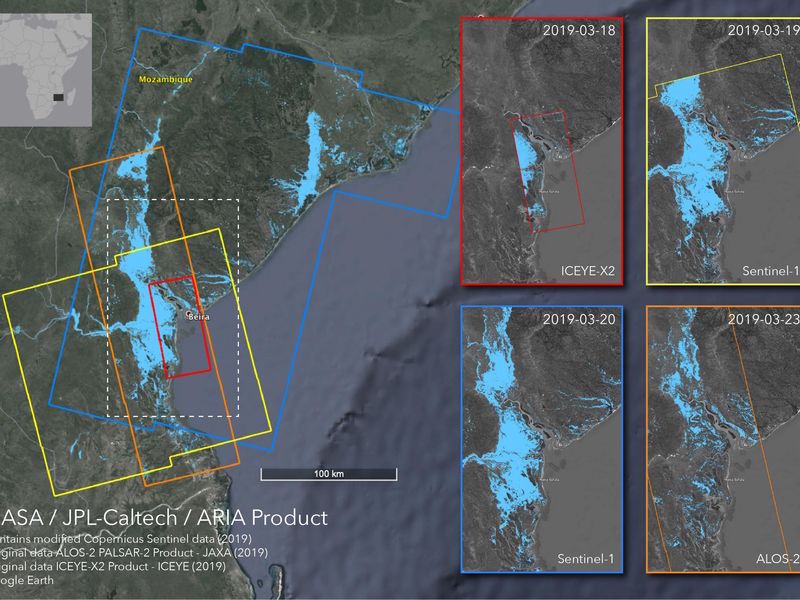 Figure 1: Maps of flooding in central Mozambique focused on Beira.

I first came to Beira in 2015 within the context of my PhD research. My home country of the Netherlands had established a long-term partnership with the city under the banner of the ‘Beira Masterplan’ aimed at fundamentally restructuring the city and I wanted to understand how this seemingly farfetched scheme would play out on the ground. When I first heard of cyclone Idai from the safety of the Netherlands my initial reaction was grave concern for my friends and colleagues caught up in the storm. Luckily, after several days I found out that everyone I knew had come out unscathed, material damages aside. Upon learning this, my attention shifted to the implications of Idai in relation to the dynamics I had observed during my time in Beira and which I had written about in a recent special on urban land grabbing in this issue, in an article entitled ‘African Urban Development in a Post-Aid Era’

The Beira Masterplan was publicly launched at an investment conference in Beira in 2015. It was opened by the ambassador of the Netherlands and served to generate publicity around the masterplan while underscoring the leading role of the Netherlands. The masterplan was framed as an unprecedented feat of stakeholder participation and referenced, among other things, the need for low-cost housing and coastal protection in the city. During the conference, several MoU’s were signed for follow-up projects in an explicit effort to translate the plan into actual interventions. There was an infectious optimism among the various respondents and legion of Dutch consultants involved, bar one participant in the audience who pointed out that many of the urban expansion area’s detailed in the plan were already occupied.

The masterplan was indeed premised on the large-scale displacement of land users, small-scale farmers in particular. They were one of the key interest groups whose formal representation had been left out of the so-called participatory planning process. In a similar vein, the low-cost housing project which followed the masterplan turned out to be firmly targeted at Beira’s middle-class. The argument being that the majority urban poor were not deemed feasible from a business case perspective, as demanded by Dutch development policy. This fact did not prevent the term ‘low-cost’ being used repeatedly in the self-congratulatory output of Dutch counterparts and municipality leaders however. In a similar vein, Dutch consultants were unable to come up with a feasible business case for the coastal protection infrastructure and attention shifted to the development of a port access road instead, which was considered to be more attractive to private investors. Image 2: The coastal community of Praia Nova, prior to the cyclone

But the Netherlands was not the only donor in Beira. The UK, Switzerland, World Bank, China (EXIM and AFECC) Bank and Germany (KFW and GIZ) where just some of the international actors which had developed projects in the realm of urban planning and infrastructure in the city. Each of them doing so through their own institutional channels and policy frameworks. In fact, alongside the Netherlands masterplan, GIZ had funded the development of a ‘Climate Change Adaptation Masterplan’ while the World Bank financed an ‘Urban Drainage Masterplan’. These three plans, all developed around the same time, contradicted each other in several areas, poignantly illustrating the isolated and uncoordinated nature of donor projects. Many consultants and donor staff I spoke to lamented the secrecy and competition between various projects.

Despite all efforts to the contrary, the Beira Masterplan remained largely as a plan. After the initial honeymoon phase which followed the conference in 2015, the complexity of Mozambican politics came into play and key actors redefined their international strategies and their involvement form Beira. This downward trend was exacerbated considerable by the Mozambican debt scandal in 2016, which saw international development finance dry up for Mozambique and thus Beira. By mid-2018 the optimism among advocates of the masterplan had tempered substantially and the follow-up projects presented in 2015 were either downscaled dramatically or shelved indefinitely. In a clear act of partisanship, the Netherlands facilitated another investors conference just before the municipality election of 2018, hoping to boost their allies’ popularity against accusations of unmet promises. 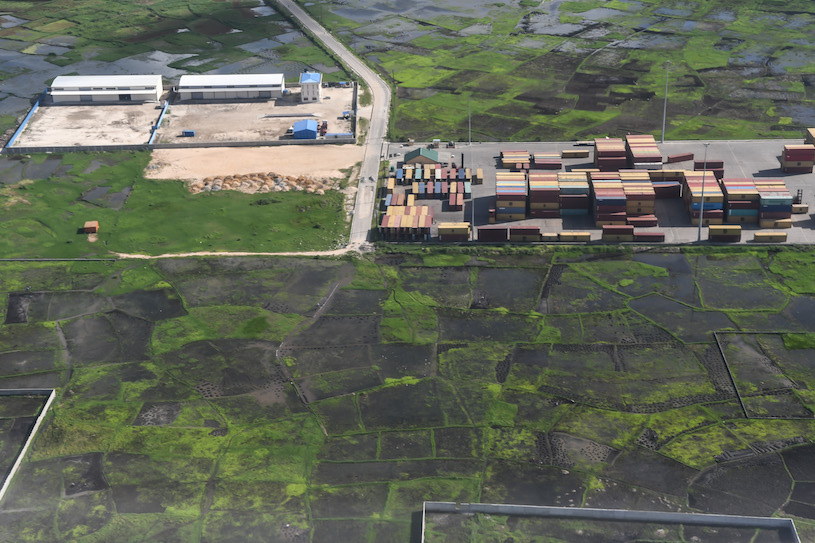 Despite the poor results in terms of formal follow up projects, the masterplan had nonetheless served as a tool to legitimize the gradual displacement of farmers from the city, a legally ambiguous policy which the municipality had been pursuing before the Dutch arrived. Thus, for the most part, life went on as it had before the masterplan, with the vast majority of Beira’s denizens remaining oblivious to the plans being concocted in municipality offices and upmarket hotels.

I ended my article for the special issue with the observation that momentum around Beira’s development had dissipated and that the Netherlands had set their sights elsewhere. In the wake of Idai this observation no longer stands however. Dutch consultancy firms are coordinating upcoming conference for reconstruction and new financial commitments are in the pipeline along with those of other international agencies.  ‘Building back better’ is the new donor slogan for Beira and the pending surge in development finance has already been framed as an opportunity for Dutch businesses by a key a key Dutch consultant.

And thus a new phase of donor city making has emerged in Beira and I can’t help but feel that the problematic trends of the recent past will only be exacerbated further in the coming period. Without a fundamental re-orientation of developmental priorities, the legacy of contentious displacements, un-responsive governance and donor competition will be magnified further by the turbulence and urgency left in the wake of Idai. In the words of a Dutch consultant I recently caught up with, ‘the dynamics we observed in Beira will be coming back tenfold’. Whether or not this translates to any real change for the urban majority, new flags will be planted and millions will be spent. And thus Beira continues to serve as a showcase for the contradictory developmental politics, which are emerging as developmental territories are rescaled to the urban level in the 21st century.

Image 2: The coastal community of Praia Nova, prior to the cyclone (Source: Courtesy of the author)