How Do the British Plan?

Three years ago I was having dinner in Paris with a German planning professor who works in Britain. On his third glass of wine, he leaned across the table and said: ‘You know, I still don’t know how you ever get anything done in your country’. It was a question that had been troubling me for more than three decades as a planning practitioner: how did we ever get anything done?

So I set out to investigate examples of successful British plans from the past. I cast the net wide, including London’s roads and squares, the landscapes of Capability Brown, the new city of Milton Keynes, the motorways, the Channel Tunnel and its rail link, the world’s first computer, Birkenhead Park (the world’s first public park), and the National Cycle Network.

What did I find? Let’s start with Bletchley Park and Colossus, the world’s first electronic computer, kept secret for nearly 50 years. Was it some brilliant government plan, hatched by an unknown 1930s Whitehall Committee?

On the contrary: when Admiral Sir Hugh Sinclair, Head of the Secret Intelligence Service, put his proposal for Bletchley Park to the War Office, he was turned down. So he purchased Bletchley Park with his own funds. This crucial initiative was an act of private philanthropy. 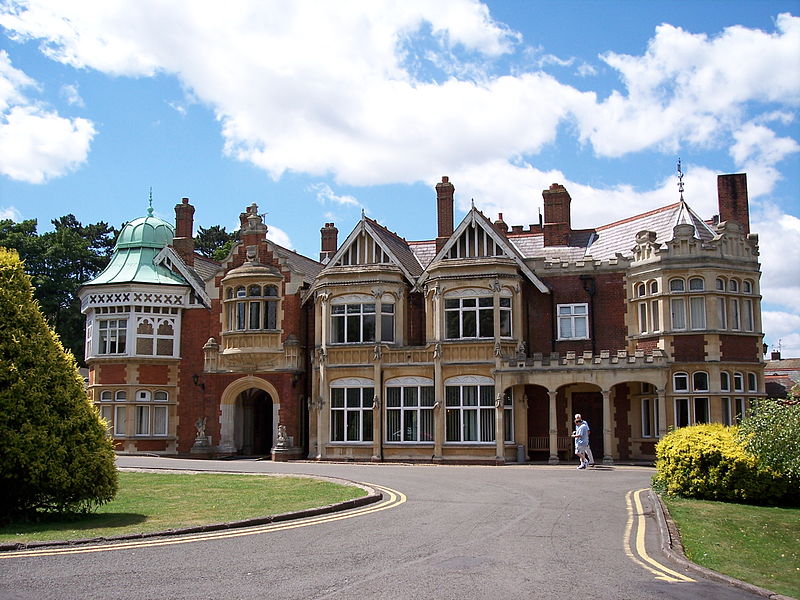 When, in 1943, Thomas Flowers approached the Bletchley Park authorities for support in developing a revolutionary electronic computer to help break German codes, he too was turned down. With his colleagues in the Post Office Research Establishment, Flowers built and delivered the device on his own initiative, to the amazement of the authorities.

The first Private Members Bill for a motorway style road dates from 1906. We opened the first motorway – the Preston by Pass – in 1958. For 50 years government resisted the very idea of building motorways. Action came from outside government; from the County Surveyors Society, whose committee members in 1938 voluntarily drew up the national motorway plan implemented in the 1960s and 1970s. It came too from post-war local government, especially Lancashire County Council’s dynamic engineer, Sir James Drake.

The pattern repeated itself in one example after another. Both the attempts to comprehensively re-plan London – after the Great Fire and after the Blitz – failed. Central London's urban fabric, it turns out, has been subtly moulded and created by a small number of ancient, and more recent, great estates, not by government master planners.

Government passed responsibility for building the Channel Tunnel Rail Link to British Rail, which floundered, though not for want of trying. It took private initiative from the consulting engineers Arup to get the project through. A small team of determined individuals worked on the project ‘at risk’, hiding the real costs in a variety of cost codes. Backed by Michael Heseltine, an unusually assertive and determined Secretary of State, they got the link built. It is the only new trunk railway built in Britain in over 100 years.

The National Cycle Network (all 14,700 miles of it) results from the initiative of a small number of determined individuals in Sustrans, a charitable body. The Network now attracts three-quarters of billion user visits every year. There was no national plan, unless you count the one drawn up by Sustrans itself in a matter of weeks.

In Milton Keynes we do indeed have a shining example of successful government planning, now home to nearly a quarter of a million people and covering 34 square miles. The new city is one of the UK’s the most dynamic city economies, fourth in terms of business start-ups, and has some of the lowest house prices increases in Britain.

Building Milton Keynes owed little to private or voluntary initiative. But if we ask how this new city got onto the political agenda, we find that, once again, it is all down to a small group of tenacious individuals, in the Town and Country Planning Association, fighting a battle of ideas over more than 50 years; and to Lord Reith, whose inspired idea it was to promote public development corporations for building new towns (an idea we have absent-mindedly forgotten).

The remarkable message is that, in Britain, successful plans, great public plans, have come from outside government. They come from passionate and determined individuals acting in some form of autonomous institution – be it local government, a charity, a landed estate, a university, a private company.

What lessons does this hold for our latest venture in national planning, the National Infrastructure Commission? Simply this: support and back initiative from outside the formal machinery of government. And retain all the autonomy you can.

Ian Wray is author of Great British Plans: Who Made Them and How They Worked.  He was Chief Planner, Northwest Development Agency, until 2010.