The Gruesome Shambles that is the English Housing System

As Mr. Secretary Pepys might have said on the morning of 10 November: ‘Rose betimes and abroad to the Centre for London, for the launch of their Intermediate Housing Commission’s report Fair to Middling’. It defines such homes as ‘housing for modest earners – those not entitled to social housing but who struggle to afford a home on the open market’. Not just the bus-drivers or nurses who were the concern a decade or more ago, but also teachers, electricians, young doctors and lawyers, and so on: the Endies (Employed but No Disposable Income or Savings).

It was introduced by the Centre’s Director, Ben Rogers, as a follow-up to their ‘Hollow Promise’ study about how London is failing its low- and middle-income earners. These workers have experienced a squeeze on incomes relatively sharper than in the rest of the UK, at a time of rocketing rents and house prices. Rogers’s formulation: ‘a functional labour market is driving down wages whilst a dysfunctional property market is not providing the homes’. Can London improve its housing offer to these people?

Report author Kat Hanna took us through the report: its treatment is broadly-based, looking at that ‘hollow promise of London’ to young workers, at the threat to mixed communities, and at the implications for London’s economy. The case is powerful and well made.

Then the recommendations: about mixed-income neighbourhoods in planning policy; about devolution of schemes like Help to Buy to the London Mayor; about councils and RSLs using intermediate rentals more, and encouraging better paid social tenants to move up the housing ladder; about employer-sponsored housing interventions. All worthy, and possibly helping a bit; but feeling out of scale with, and out of leverage on, the scale of the problems that had just been described.

The politicians there – Claire Kober, who’s Haringey’s leader, Deputy Mayor Rick Blakeway, and the alarmingly-young Rock Feilding-Mellen from Kensington & Chelsea – were impressive: knowledgeable, concerned and looking for consensus (despite there being two Tories on the panel, the phrase ‘hardworking families’ was never used – I wondered if they had their bleepers turned off). They know that the Intermediate Housing arguments need to be made to people who don’t quite get it: Feilding-Mellen said wryly ‘I’m afraid that when some of our older RBKC councillors are told that Kensington is too expensive even for accountants, they say things like ‘can’t they just buy in Fulham?’.  And the panel were aware that they have to steer a tricky path between the needs-driven priorities of social housing and the government’s blind and largely evidence-free faith in market solutions. But if things are as bad as described, then too much ‘realism’ might be a recipe for very little change indeed.

The session prompted three reflections: first, and arising from the ‘big problems/small solutions’ conundrum, taking me back to Built Environment volume 41 number 2: Meeting the Housing Challenge: British Experience, European Lessons – and to my editorial’s remark that ‘The current housing agenda in Britain is characterized by a spectacular and jarring disassociation: between a lot of analysis of serious problems, and an apparent inability to entertain or adopt credible solutions’. And leading to the gloomy conclusion that ‘the prognosis, frankly, is pretty grim’.

The second, which is a variant of my usual Martin-the-provincial-lad always wanting to say ‘this is a very London perspective, you know’: actually, this time, more thinking that this is just London being the extreme form of the gruesome shambles that is the English housing system: where most of what could go wrong is going wrong, and where it’s not yet, the government is doing its best to make sure it will (e.g. extending the right-to-buy rather than selectively withdrawing it – see my Garden Suburbs of Tomorrow?. 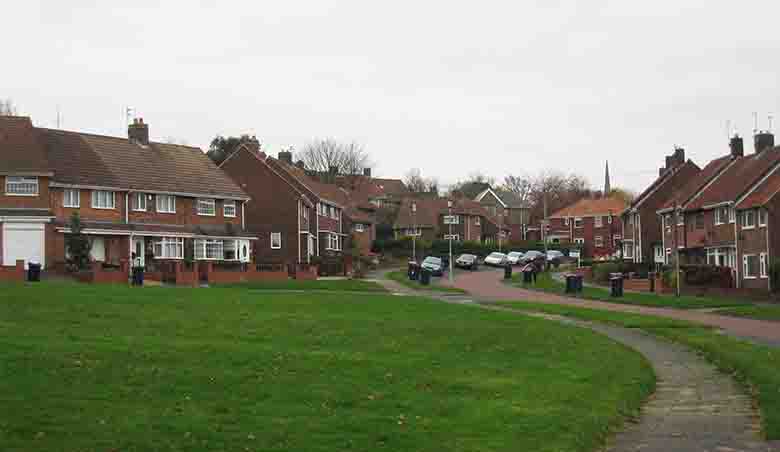 And third, related rather more to the ‘European Lessons’ aspect: just back, as I was, from Glasgow, the feeling that some relevant ‘lessons’ might be worth looking for in our own part of Europe – Scotland has a 34-point Joint Housing Delivery Plan with items about government support for affordable (including social) new build, about land reform, about more security for private tenants, and about the ‘Urban Task Force’ agenda of town-centre living and brownfield re-use. It might of course all come to nothing or very little; but it does look like an attempt at a more comprehensive and broadly targeted (and indeed ‘realistic’, in terms of the objective reality) programme than anything south of the border.

Martin Crookston is a strategic planning consultant, a board member of Architecture+Design Scotland, a Trustee of CPRE, and member of Built Environment’s Editorial Board.