As more of us live in urban areas, our scholarly attention is focusing increasingly on the nature of those areas and on processes of urbanisation and the production of these ever expanding built environments.  We also recognise increasingly that the places we call ‘urban areas’ or cities comprise a wide variety of landscapes and environments that accommodate a similarly wide variety of lifestyles and cultures.  It is helpful, therefore, to keep commonplace terms under review and to be as clear as possible about the terms we use when describing and analysing these processes of urbanisation and associated cultures of urban life.  Given the difficulties encountered in defining the specificity of ‘the urban’, it is unsurprising that similar problems confront those interested in suburbs, in processes of suburbanisation and in cultures of suburbia. 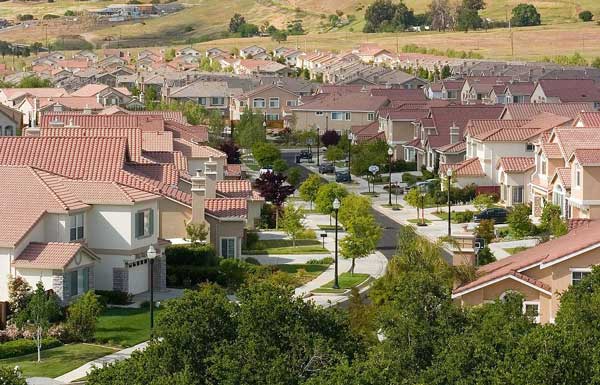 Suburbs emerged as a new built form for two main reasons: they satisfied a desire among the emerging English bourgeoisie for a distinctive built environment, separated from the working classes in which they could live out their new middle class lives; and they provided builders and developers with new opportunities to satisfy this demand in profitable ways.  To a great extent these remain the foundations of the suburban built form, but both face challenges.  As the middle class expands, so the desire for distinctiveness, exclusivity and distance (both physical and social) drives the creation of new places and built forms (see for example Planetizen’s post on suburbs with futures), whether through the gentrification of formerly working class suburbs now relatively close to the centre of cities or through the colonisation of the peri-urban fringes where large lots are more readily available and a semi-rural lifestyle can be pursued.  For developers the increasing problem of affordability for new entrants to the owner-occupied housing market has led to subtle but significant shifts in the provision of new types and styles of property for this expanding group and hence to new marketing narratives of residential respectability.  Both of these challenges, along with others, have led to a pronounced loss of distinctiveness in the characteristics of the suburban built environment, in the nature of suburban lifestyles and in the conceptions of where and how to live a good middle class life.

In 2011 an international research network on Cultures of the Suburbs was formed by researchers from eight universities around the world, with support from The Leverhulme Trust.  For the last five years this has provided a focus for critical debate on the changing nature of suburbs and their various manifestations in different parts of the world.  A number of conferences and symposiums were held and the last, hosted by the University of Exeter in June 2014, led to the collection of papers that form the latest special issue of Built Environment on Suburban Spaces, Suburban Cultures.  In this collection of nine papers, the authors draw on a range of disciplinary perspectives to explore many facets, both contemporary and historical, of suburbs and their cultures.  Finola O’Kane shows how in general economic imperatives were entwined with sectarian ambitions in the expansion of Dublin in the eighteenth century and how the Fitzwilliam Estate in particular ‘concealed, fractured and sometimes reversed’ prevailing social and spatial hierarchies within an ostensibly bland suburban environment.  The practices of religious place-making are explored also in Claire Dwyer, David Gilbert and Nazneen Ahmed’s contribution about the making of suburban faith in West London.  Creative process of improvisation and re-use are evident and challenge stereotypical notions of suburban blandness and conformity.  Maroun Kassab takes us to a very different setting – the sprawling suburbs of Lebanon – which unlike their English or Irish counterparts consist mainly of three to five buildings that combine residential and commercial uses.  The paper describes how development finance from both Lebanese expatriates and from the Iranian government fuelled this building boom which is now proceeding at such a pace as to present serious environmental problems. 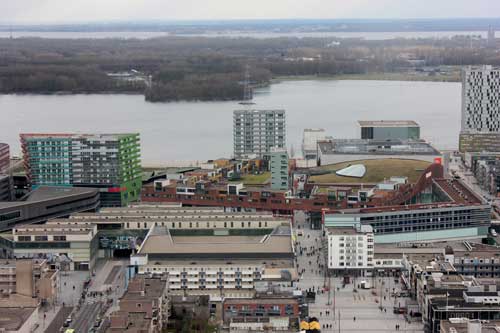 Paul Burton's paper looks at the dominance of the suburban built form in Australia, a place that following its European colonisation appeared to offer a conducive environment for the transplantation of emerging English notions of a middle class good life.  Almost a quarter of a century later, this template is now so commonplace that apart from the mythical ‘bush’ or outback and some pockets of inner city high rise developments, virtually all of Australia is suburban.  Mary Corcoran and Michael Hayes take us back to Dublin to investigate how contemporary social processes create common spaces in and around green spaces in suburban settings, from the relatively formal processes of food production in allotments, to ‘hanging out’ areas that allowed children to develop in relatively safe but unregulated suburban pockets.  Per Gunnar Roe begins by reminding us that in Oslo, the first suburbs were built on the fringes of the city to avoid government regulation of house construction and goes on to describe the planning and construction of the new suburb Skjettenbyen in the early 1970s that responded to criticisms of the modernist principles that had influenced earlier developments.  He shows how residents developed different types of attachment to this place over the years, sometimes in line with the expectations of its planners and designers, but often at odds with them.

Yannis Tzannis is also concerned with the aspirations and expectations of those moving to suburban locations, in this case the new town of Almere designed to be ‘the pinnacle of the Dutch welfare state’ in accommodating those looking to leave Amsterdam for better life.  Through surveys with early ‘pioneers’ and more recent ‘new newcomers’, he traces a complex picture of social adjustment over time as both the physical environment and political context changes.  Allan Cochrane, Bob Colenutt and Martin Field are also interested in the intersection of social and physical processes, between the physical manifestation of suburban development (around Greater London in their case) and the experience of suburban ways of life.  Their critical analysis of the new suburban region of the Greater South East reveals calls on us to re-imagine the relationship between notions of urban and suburban, between core and periphery in the interconnected world of large metropolitan regions.  And finally, Roger Kiel sets out to disentangle some of the myths and empirical realities of contemporary suburbia through a critical analysis focused on density.  In doing so he suggests that both ‘suburbs’ and ‘density’ are chaotic terms but invites us to imagine a post-suburban landscape in which this ‘chaos’ is understood through more sophisticated and complex conceptions.

So, as this collection demonstrates vividly, suburban places and suburban cultures continue to invite scholarly research and to provoke intense political debate.  But in engaging in either, we should remember the importance of defining our terms and concepts, of recognising the historical trajectory of particular places and of acknowledging the particularities as well as the generalities of contemporary suburbs.

As ever the Built Environment welcomes blogs and tweets on this subject!