Conflict and Urban Change through the Lens of the Global Pandemic.

In the latest issue of Built Environment Vol 47(1) we explore how conflicts produce pathways for positive urban change. Rather than seeing urban conflict as a sign of intractable stalemate over justice, equity, and inclusion, we argue that conflicts can contribute to a renegotiation of authority in ways that propel political, social and spatial transformations for the positive benefit of the city and its diverse populations. We also provide insight into a range of strategies that citizens who seek to be forces of change can adopt as they interact with urban planning professionals, politicians and private sector actors to produce more responsive and just urban environments.

Our interest in this topic was sparked by the surge in urban conflicts around the globe. Social movements like Black Lives Matter, Occupy Wallstreet, Gezi Park, and the Umbrella Movement have inspired kindred spirits around the world to use urban public spaces as stages to claim their rights to the city and to find justice in the fight against racism, violence, exclusion and poverty. These citizens increasingly challenge public policies and spatial planning. And although local governments across the world often seek to engage citizens in decision making, the promises of democratic inclusion often disappoint. In the Netherlands, for example, we have seen a steep increase in local conflicts around failed processes of citizen participation, undesired urban regeneration projects or the placement of sustainable energy sources like windmills over the last years.

Nonetheless, citizens who pit themselves against each other or the state do not necessarily aim to dismantle the state. Rather, they often seek opportunities to negotiate transformative change with their neighbors or with other institutions or agents of power. There is very little systematic theorization of the longer-term impacts of such conflicts, however, and the conditions under which contestation and struggle in and over the built environment will transform political, social, and spatial practices as opposed to reinforce existent power structures and conditions of socio-spatial exclusion and privilege.

In our special issue of Built Environment, we explore these possibilities in the context of various international case studies that reveal how and why citizens fought to make their cities more inclusive. In the process, we show how they – alone or with other partners in or outside the state – were able to renegotiate power positions while also remedying prior practices of socio-spatial exclusion or inequality. The cases discuss central issues in the urban studies literature ranging from community and public space, urban renewal, citizen participation, infrastructure development and migration. We then use these insights to provide a “phenomenology of change” framework, which attempts to conceptualize how and under what conditions conflicts can lead to social, spatial, and political transformations in the urban built environment. 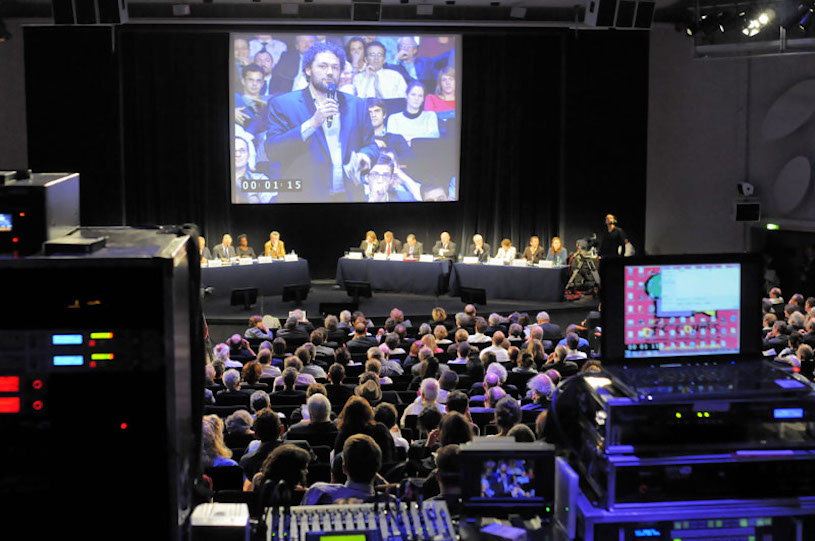 This framework builds on an examination of the relationship between conflict and change unfolding within different regimes of power and across various scales of action. We purposefully included cases that take place across the globe and across scales ranging from the street-level, to the neighborhood, city, region and finally the nation state. For example, we bring the reader to Milwaukee, where citizens of a racially diverse neighborhood negotiate diversity via everyday ‘battles on the block’ that, counter-intuitively, increased a local sense of community, respect and inclusion. We then cross the equator to learn about an urban development process in downtown Bogotá, Colombia where continuous conflicts and tensions between the Los Andes University – a partner in efforts to redevelop the area around their campus – and citizens who feared gentrification and forced displacement was turned into a process of consensus building and increased landownership of citizens. In Antwerp, Belgium the challenges of including citizens in local decision-making inspired conflict over the inability of formal democratic procedures to adequately voice the needs of citizens contesting a highway. Subsequent processes of negotiation, accompanied by an escalation of the conflict, revealed the conditions under which existent policy institutions included a wider array of community voices in large planning projects. Across the border in Paris, two competing regional rail proposals caused a political impasse that empowered architects to take on a role as mediators, effectively producing a more inclusive rail network capable of offering marginalized suburban areas access to the more prosperous center-city. And in Tel Aviv, Israel protests for and against the influx of African asylum seekers brought new forms of mediation via juridical decisions and legal initiatives.

Drawing on the materials, we come to four general conclusions about the nature and possibility of change through urban conflict:

In a strange twist of fate, the global pandemic helps shed even more light on these findings. Urban life has drastically changed. This is visible in everyday activities, but also in accelerating protest and questions about citizen participation in local health matters. The bustling public life for which cities are known are in question, as people shelter in their homes and avoid public events. Where people do encounter each other, the rhythm and choreography of interaction in public spaces is now transformed into an improvised performance of social distancing. At the same time, the pandemic has increased inequalities as minority groups and people living in less affluent neighborhoods, or lower-paid workers in essential services, are more likely to be infected and are known to recover more slowly. In terms of poverty the pandemic increased inequalities between the global North and South and between the rich and poor within countries and cities. These inequities are likely to sustain and cause new forms of conflict and protest. The question is: can these conflicts also lead to more inclusive cities?

The repertoires of protest, usually characterized by large crowds standing or marching closely together, may have to be altered to accommodate physical distancing. Where demonstrators fail to adapt their repertoires of protest, as in the Minneapolis BLM protests that were sparked by the tragic murder of Daunte Wright or during the worldwide demonstrations against coronavirus restrictions over the last months, authorities now have an even stronger incentive to break up protest and arrest contentious citizens. Will this change citizens’ relationships to authorities in ways that mark a break from the past?  Or, might we see new forms of renegotiation with the potential to reconfigure structures of power?

On the one hand, public meetings between citizens and local politicians or professionals are now moving to online platforms, holding the potential to make negotiated encounters more frequent. To be sure, the ability of citizens to deliberate or contest local policies online can vary greatly. It could cause new forms of exclusion for those who are less digitally equipped; yet it might also widen the audience for inclusion in deliberative processes.  On the other hand, the insight that a long-term commitment to negotiate with authorities makes it more likely for change to become durable also makes us wonder about effects of the pandemic on urban transformation. The limiting conditions of digital engagement are for many people a source of fatigue. The physical barrier of the screen literally constitutes a boundary between people. In situations where people are already adversaries, they stand in the way of real connection and empathy, which are so important in transforming the relationship between citizens and state actors. In short, the pandemic has changed urban life in the short-term, and by so doing has affected the available action repertoires of protest and contestation as well as the possibility of using these repertoires to force a sustainable engagement among citizens and state actors. In a context of increasing inequality and growing fatigue or anger about corona restrictions, the topic of conflict becomes all the more relevant for urban citizens, policy makers, planners and professionals. We hope that the lessons from our special issue will contribute to all of our efforts to become what Max Weber has called “switchmen (sic) of history,” actors who know that change is possible via actions that redirect the pathways that will determine where and when the train arrives at a more equitable, just and inclusive city.

All Images © author. All rights reserved