A multi-sensorial wake-up call for planners

Mike Batty’s blog “How Can Big Data Be Used in Urban Planning?” and the Built Environment issue on ‘Big Data and the City’ highlight some enticing issues for planners to consider, that go way beyond the technical side of data capture and analysis.

In other words, ‘big data’ is not just about data magnitude and all things smart, that traditional planners (who don’t consider  themselves ‘techies’) may feel lie beyond their comfort zone or control. Rather, big data can be seen as the digitally pulsing part of a larger animated whole, that old-style plans are just static snapshots of. Here, I reflect on just three issues raised in this compelling suite of papers. 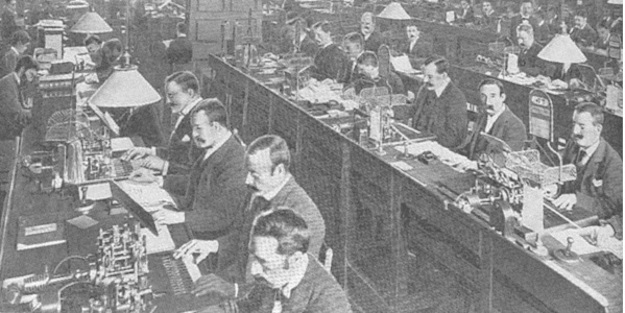 First is the dimension of time. Twenty years ago, Tom Turner in his fascinating book City as Landscape (deliciously now available online) drew attention to the idea of the paper plan as a technological invention, as a device for management and communication of spatial information: the ‘Geographical Information System’ of its day. Just as GIS has transformed how we interpret cities and the possibility of their planning spatially, big data – coupled to real-time sensory inputs – looks set to be another ‘great leap forward’ affecting the way we manage information about cities. This issue must be a wake-up call for planners and others charged with design and management of the built environment.

Just as planners of today now look back on the age of drawing-boards and standard colour-washed land-uses shading paper plans as quaint relics from a bygone era, perhaps we will look back similarly on the days we collected quantitative data by counting cars and people, or even using census records, sourced ultimately from pens on paper, collected or delivered by human hand. This is not to say there will not still be a role for some more traditional surveys, including those involving human subjects face to face, but we should no longer expect to rely on those media, while ignoring online crowdsourcing and raw data from sensors and live streams that now swirl around us and track us even as we travel, type and tweet. This draws attention to a second front: it’s now possible to gain multi-sensory appreciations of cities by their users that were previously difficult to do. This includes crowdsourcing to gain collective psychological interpretations of cities – that are akin to being a twenty-first century answer to Lynch’s Image of the City (still a classic, but based on a very ‘small data’ pilot, yet still routinely cited in urban literature as if no work had been done since).

Daniele Quercia’s paper on crowdsourcing urban happiness demonstrates some of the potential here, including the potential to record and correlate users’ impressions of beauty and happiness – these being long considered perhaps intangible, subjective impressions of the built environment, but which with ‘bigness’ of sample sizes, can allow us novel and more reliable insights into human perceptions. In effect, this can help distil systematically what are intuitively perceived as ‘good’ built environments – something that architects, urban designers and planners should all learn from, rather than relying solely on their own intuition, or the received wisdom of academia or ossified professional lore.

Image 3: Crowdsourcing could help us better understand public taste for what are considered ‘good’ built environments

Thirdly, there is the issue of spatial scale. In the old days data about cities tended to be gathered and controlled by large scale organisations such as governments and transport authorities. This put ‘planning’ in the hands of those big players who could afford the surveys, and teams of designers and technicians working at drawing-boards to make the ‘plans’. But if data can be both sourced and shared locally, this surely opens up the possibility for more ‘localism’ – with more local debate and local control of what is going on by the communities on the ground.

This relates not only to opportunities for greater local participation and democratic design decisions, but also for a better technical grasp of ‘what is going on’. Local lay people are likely to have a unique feel for ‘what is going on’ in their localities, and may well have a better grasp of the meaning of some of the ‘patterns in the data’ that might pass by the weary eye of the professional analyst, or be missed by automatic mining algorithms, back in the lab.

So it seems clear that planners and others charged with managing the built environment should be alert to opportunities for new ways of interpreting good built environments, and exploiting data available over the short term and the local scale – and how these relate to the longer term and larger scale – and not leave the ‘big data’ to the ‘techies’ alone.

After all, the more that modern computerised and web-based systems become human-friendly through intuitive interfaces and handy apps, with ready uptake by the public – from city dashboards to live rain and taxi tracking maps – the less excuse that planners have to lag ‘behind the curve’ simply because it is not familiar professional territory. If the public can track, tilt and pan their own live data at the click of a mouse, there’s no excuse for the planner to be stuck in a colour-washed, plan-bound mindset of the past.

Listing Image: Edison with the Phonograph (Source: via Wikimedia)

Image 1: The interior of the receiving and despatching room of the submarine cables at Central Telegraph Office (Source: The Queen's Empire. Volume 3. Cassell & Co. London via Wikimedia, cropped)