Consultation in planning: keeping the conflict

Iain Roberts is a councillor on Stockport Council, a Local Government Association Peer Member and a communications professional working in the built environment. In this blog he reflects on his experiences of consultation in planning in the UK, and the lessons from this, which were discussed at the launch of the double issue (45.1 'outlooks on participating' &  45.2 'realising participation').

There is no shortage of conflict in the planning process, and we should consider the possibility that at least some of that conflict is positive and leads to better outcomes.

Half a century ago, the Skeffington Review was published and then swiftly criticised for promoting a definition of “participation in the planning process” that amounted to little more than educating the public because they ‘did not have any knowledge’, and needed to understand the wisdom of planners.

The collection of work in the double special issue People, Plans & Places, guest edited by Lucy Natarajan more than four decades later suggests the purposes of participation still need to be better understood, arguing that public engagement in planning needs to focus less on creating consensus and more on the “learning value” of the process, where conflict is ever present.

As a councillor I have participated in more than 200 planning application decisions. As a practitioner running planning consultations on behalf of public and private sector clients, I have encountered more than my fair share of conflict – some positive, some less so.

To better explore the role of conflict in the planning system and where it might be helpful or harmful, I have drawn out four common areas of disagreement. 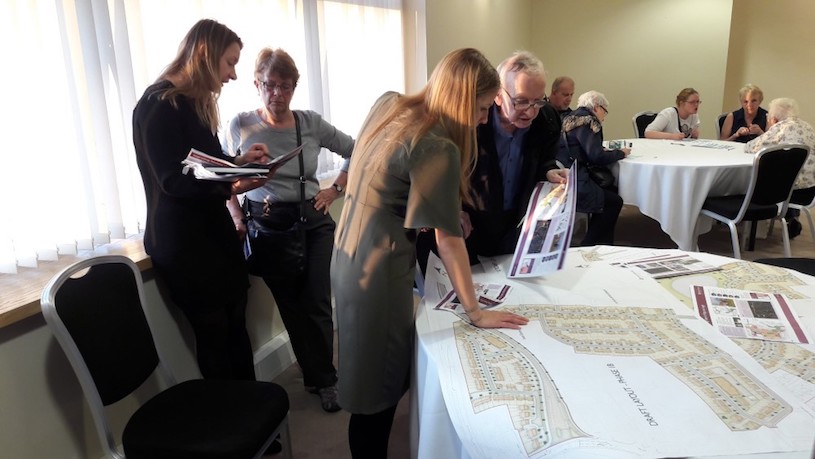 No controversial planning scheme would be complete without a local resident who is convinced they are the expert on traffic flow, road safety, flooding or building design. Not unreasonably, the professionals in attendance who have dedicated a large chunk of their lives to gaining a detailed understanding of the subject matter may disagree.

Residents frequently believe some aspect of the development will spell disaster for the local area. But when the development is approved and built their concerns often turn out to be groundless.

It doesn't always work like that though. There are occasions when the professionals get it wrong or cut corners. A developer’s project team is not necessarily impartial: their job is to present a scheme in the best light. On other occasions narrow adherence to the letter of the planning regulations can restrict the opportunity for an application to go beyond the minimum requirements, for example by improving the local area or making the development more environmentally friendly.

In 2012, a supermarket had secured planning permission to expand a store. Residents pointed out that a zebra crossing near the store was dangerous after two serious accidents occurred within a matter of months. There was no direct link with the supermarket and it was nothing that would have been picked up in the planning application. With support from the council transport team, the supermarket agreed to vary their Section 106 agreement and paid for the zebra crossing to be upgraded to a puffin crossing. The location has not seen any serious accidents since.

Planning applications for new homes are invariably contentious. If you want to build 300 houses next to my home, I’m likely to worry about loss of green space, additional traffic and strain on local services. And yet there’s a good chance my own cherished home was once itself a planning application that was the source of major concerns and vehemently opposed by residents living in the area at that time.

The biggest beneficiaries of new housing are people who may not live in the area, may not even be aware that it exists before a job opportunity comes up at some time in the future. Should their interests be taken into account just like the interests of settled local residents? These potential locals will typically be younger people, while those already living in the area will tend to be older: an inter-generational clash.  There may be thousands of people wanting to buy or rent a home at an affordable price. If there is a lack of open conflict, it is because those potential locals are simply not aware of the opportunity.

Social media advertising can reach out to potential residents. People across a wider area with an interest in buying a new property can be targeted and encouraged to support a planning application. The approach only scratches the surface though: most of the people who might end up living in a new development won’t be looking to move at the time the planning application is undergoing consultation and so can’t be easily engaged. 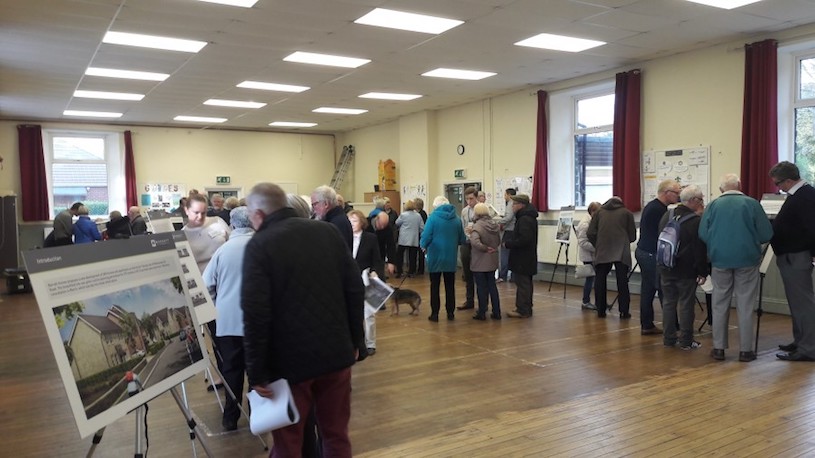 Privileged residents vs the rest

Experience in exhibitions suggests that this type of public engagement method for new planning developments attracts a certain sort of person. Attendees tend, on average, to be older and better educated than the population at large. Those people often have time on their hands and more resources. They have also learned throughout their lives that they can get their own way by making themselves heard loudly. It’s not a lesson available to all sections of society.

This power disparity between social classes and generations has two possible effects. First, the interests of that group of privileged older, better educated people can get a higher weighting while others lose out. Second, councils and developers may shy away from controversial plans in wealthier areas, anticipating stronger, better funded opposition. This might mean avoiding new development, for example, in a small wealthy village that is far more likely to be home to retired solicitors, town planners and politicians than a council estate.

In some areas, Neighbourhood Plans have been wheeled out as a defensive measure. One such instance concerns a controversial scheme - to build 950 new homes on a former industrial site adjacent to a well-off village – that was in progress when the 2011 Localism Act was passed. The residents initiated one of the first Neighbourhood Plans in the country in an attempt to block the development, or at least delay it. On that occasion they were unsuccessful, but the plan process lasted for several years longer than it might otherwise have done.

Councillors vs the rulebook

Before a councillor first stands for election they will have the conversation. A senior colleague will assure them, not entirely honestly, that there is no huge time commitment, and the role can be entirely flexible around families and personal time. A further challenge for new councillors that is even less well acknowledged is how the rulebook on development decisions might affect their reputation. It is not unusual for a councillor to sit in front of a hundred or more furious residents and be accused of betraying their community by voting through planning permission for a new development, simply because a set of rules says there are no grounds to refuse.

Uncomfortable as it may be, this often creates a positive tension. Councillors are, after all, elected first and foremost to represent their communities and public protests in town hall meetings are a useful way to make conflicts known or raise their profile. What is important is how a councillor responds. In itself, a councillor listening to residents is no bad thing, and is particularly useful in the UK where the planning system may be used to over-ride local concerns, for instance with its presumption in favour of sustainable development.

A Lancashire authority recently saw its Planning Committee reject an application for a site allocated in the Local Plan and which planning officers strongly advised should be approved. The rejection, treated by officers as a departure from the Local Plan, then went to Full Council where it was rejected again. Perhaps councillors were foolishly gambling with taxpayers’ money: a planning appeal could easily cost the authority several hundred thousand pounds. But maybe they were simply doing their best to represent the views and interests of local residents – exactly what they were elected to do.

The search for improved consultation has long been a key element of successive governments’ quests to build more and build better. The assumption that the best consultation is one where everyone ends up agreeing needs to be challenged.

In this article I have identified four common forms of conflict within the planning process.  While all can be disruptive, there is a strong case that all can also be beneficial. Papering over inter-generational and inter-class conflict within the planning system may even allow deep injustices to continue unchallenged. Acknowledging and accepting conflict can lead to better outcomes when compared to an approach that tries to eliminate all disagreement.

All images copyright of author.